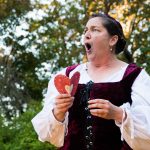 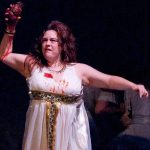 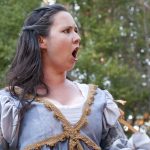 The actors have been cast for our 30th season of FREE Shakespeare in the park! Its going to be a fun summer! We’re running four “bad boy” plays with all women as directors! Erin Day (at right from The Merry Wives of Windsor in 2016) directs The Three Musketeers, Amelia Meckler Bowers (at center from The Bacchae in 2013) directs Henry IV, Part 1, and Jennifer Crooks (at left from Much Ado About Nothing in 2015) is directing the Backyard Bard versions of The Winter’s Tale and The Two Gentlemen of Verona. Backyard Bard features all women in the cast, too!

Check the links above for the casts for the plays and other information. Our rehearsals will start in early June, and the first performances are set for July 13. The season runs through August 18. Go see a play!