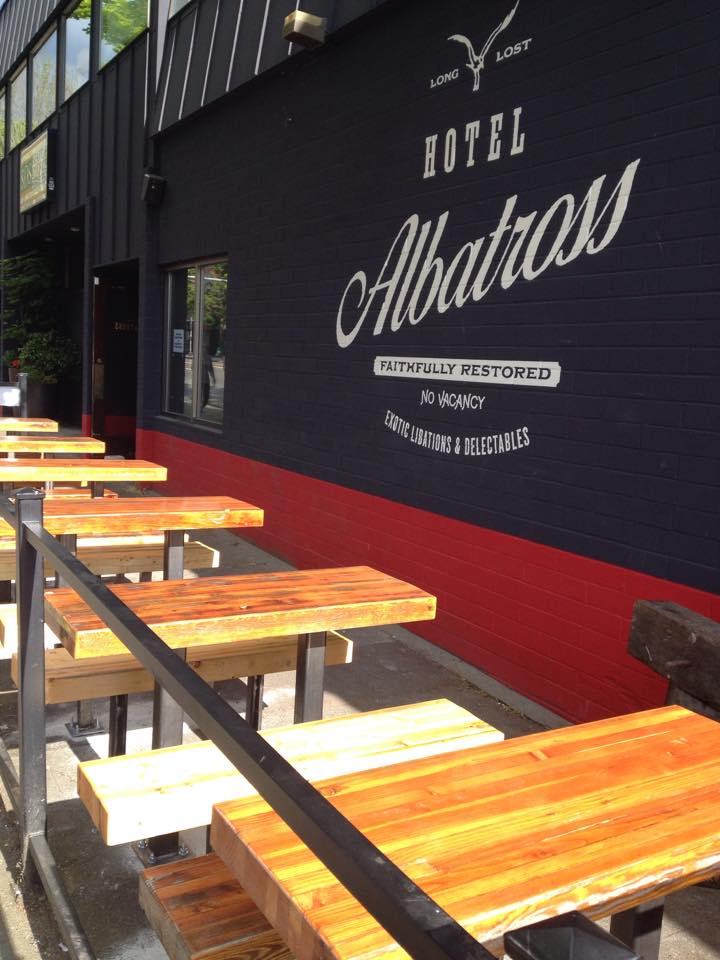 GreenStage has performed Shakespeare in a lot of places, but next week we are in for a first. At 7 p.m. Tuesday, July 21, Backyard Bard Macbeth will take to the stage at the Hotel Albatross in Ballard–call it “Tiki Bard.”

Hotel Albatross opened up in February in the former Azteca space at 2319 NW Market Street, and is a joint venture between the owners of two other nearby eateries: Ocho and Hazlewood. Zagat describes the fare at Hotel Albatross as “exotic and herbaceous tikiâ€‘inspired cocktails meet eclectic street eats,” and Tuesday they’ll also be serving up a bite-sized dose of the Scottish Play. That’s the Hotel Albatross patio in the photo at right.

Hotel Albatross will have a cover charge of $10 for Tiki Bard Macbeth, and will be offering drink and food specials for the evening. Advance tickets can be purchased at Hotel Albatross during business hours, 5 p.m. until 2 a.m. daily, or by calling 206.566.6181. Come out Tuesday and see a totally different twist on Backyard Bard!

Backyard Bard will travel; contact us about bringing a play to your stage!