Backyard Bard presents two stripped-down productions of Shakespeare’s plays, each one hour long, and both performed by a small ensemble of versatile actors.

Backyard Bard was born out of a desire to bring Shakespeare to smaller parks and new audiences in underserved neighborhoods. But we don’t just perform in the parks – Backyard Bard is also available for private parties. If you are interested in hosting a performance, contact us at greenstage@greenstage.org.

MUCH ADO ABOUT NOTHING 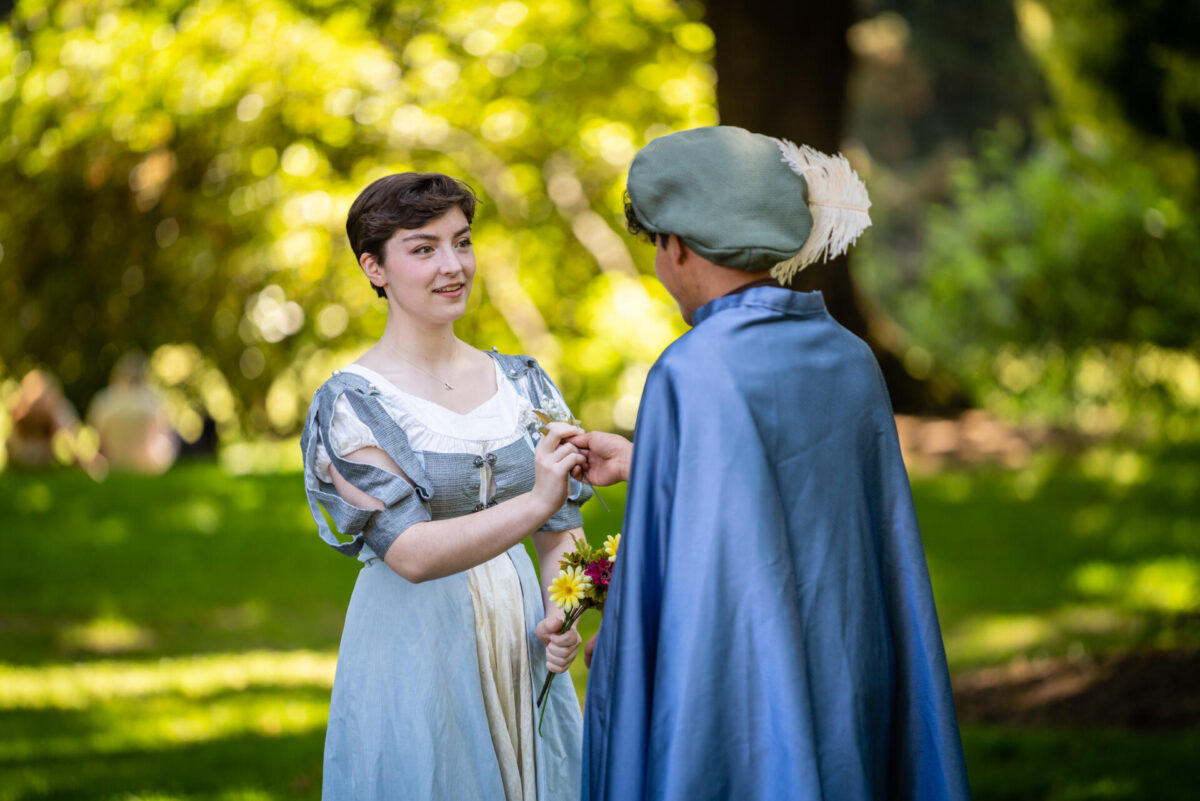 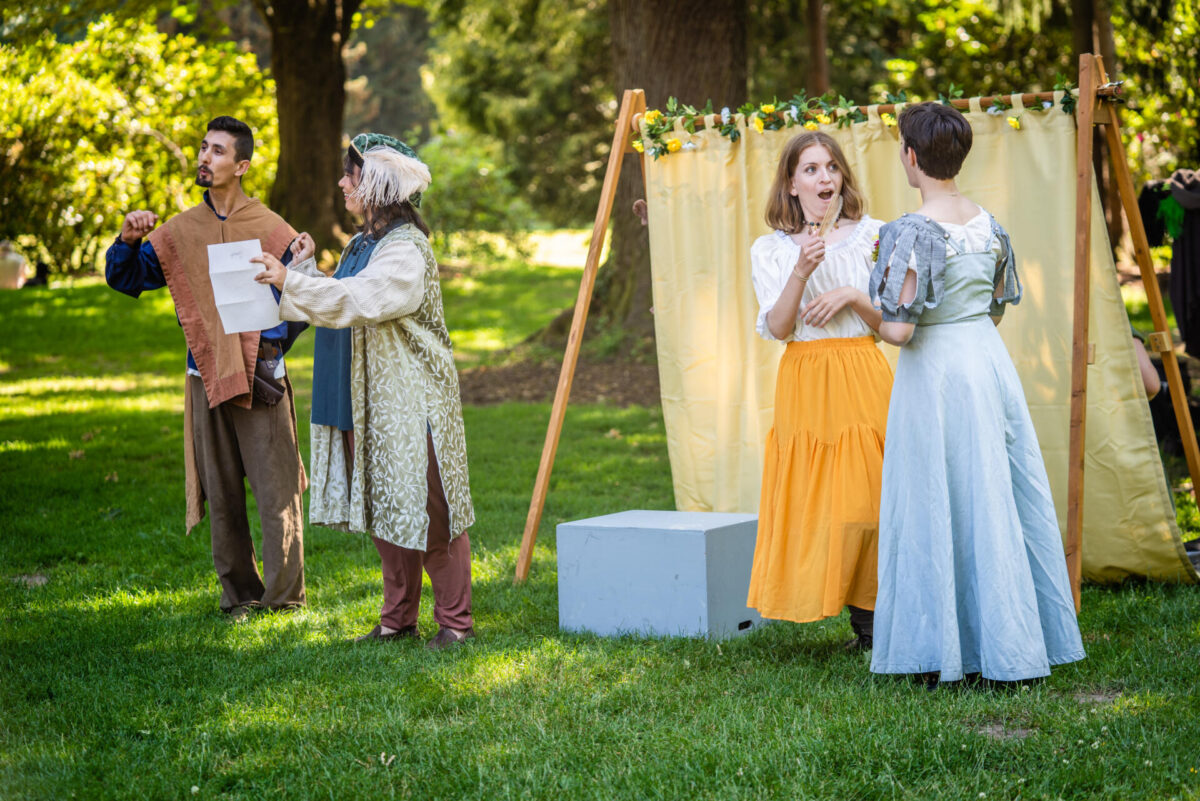 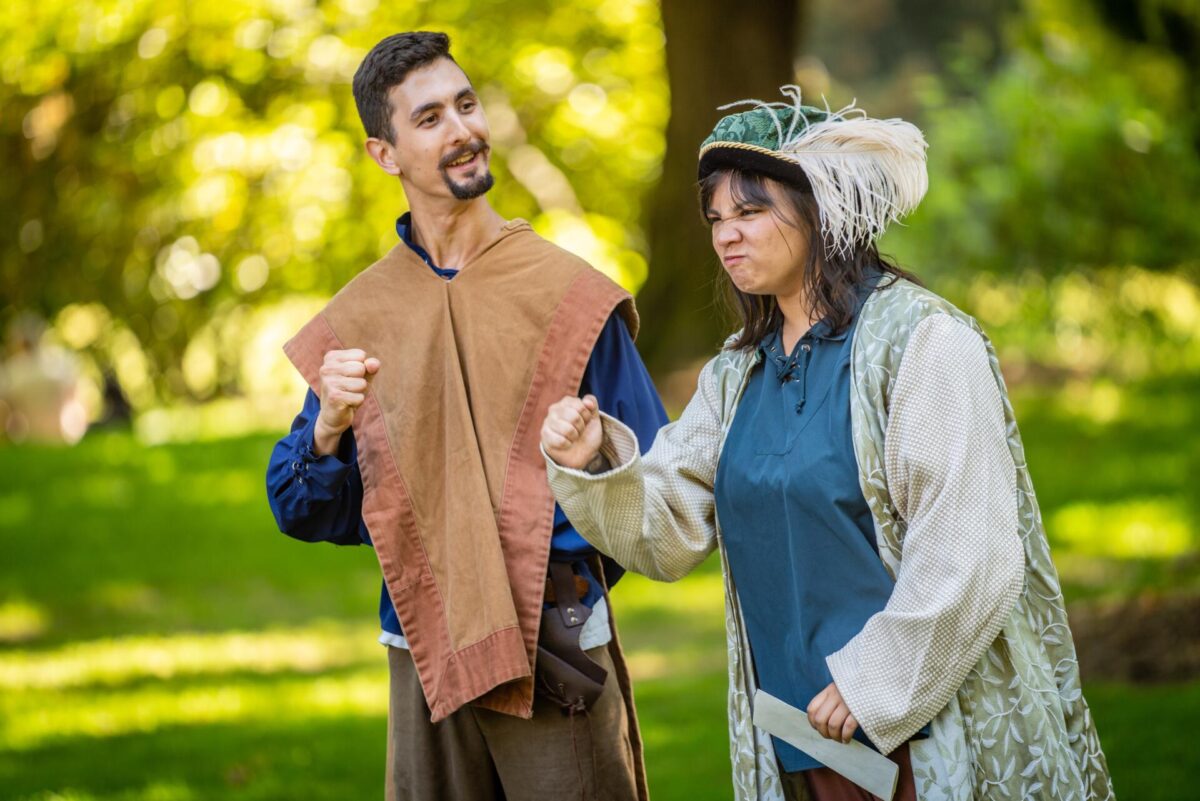 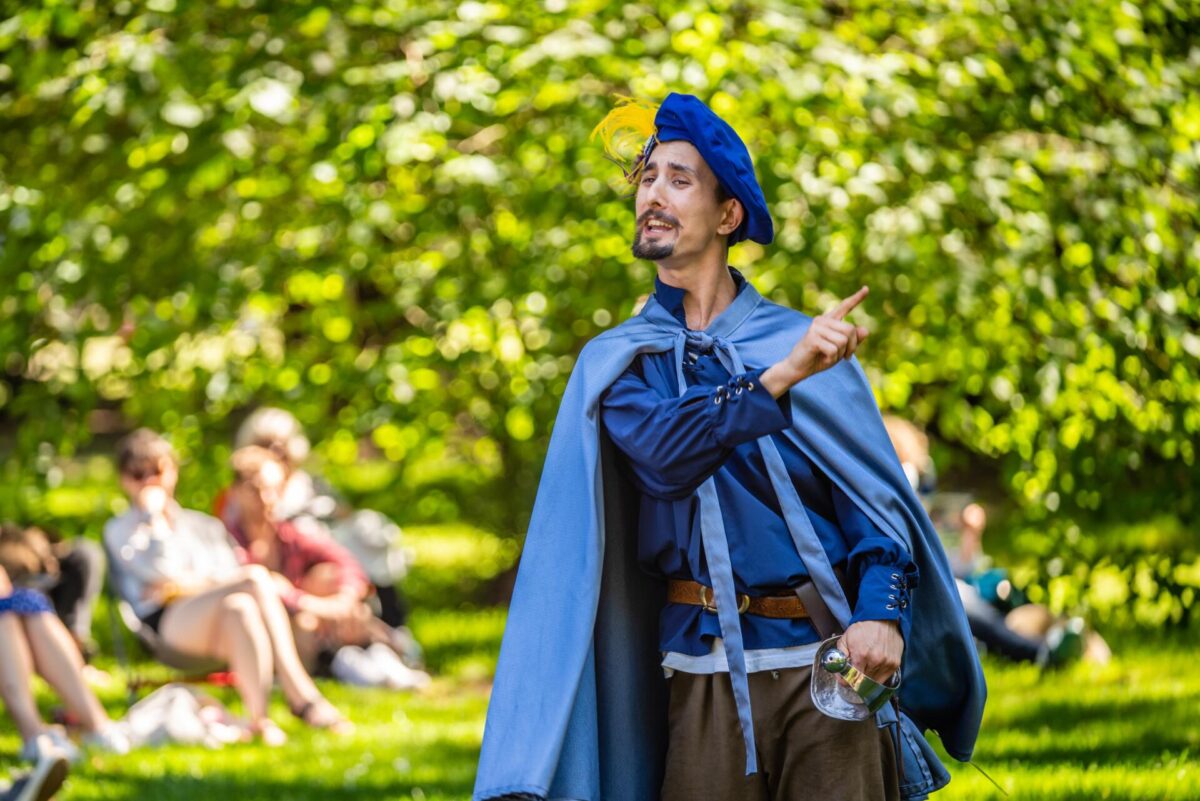 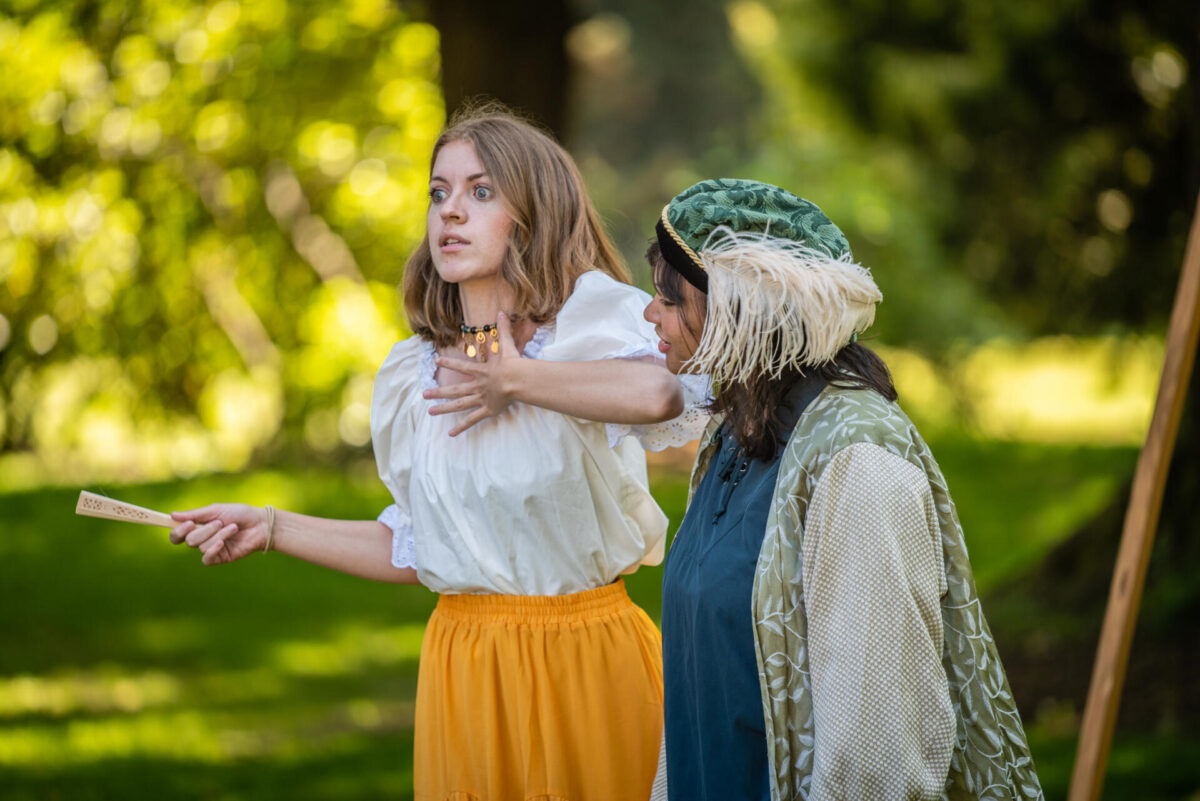 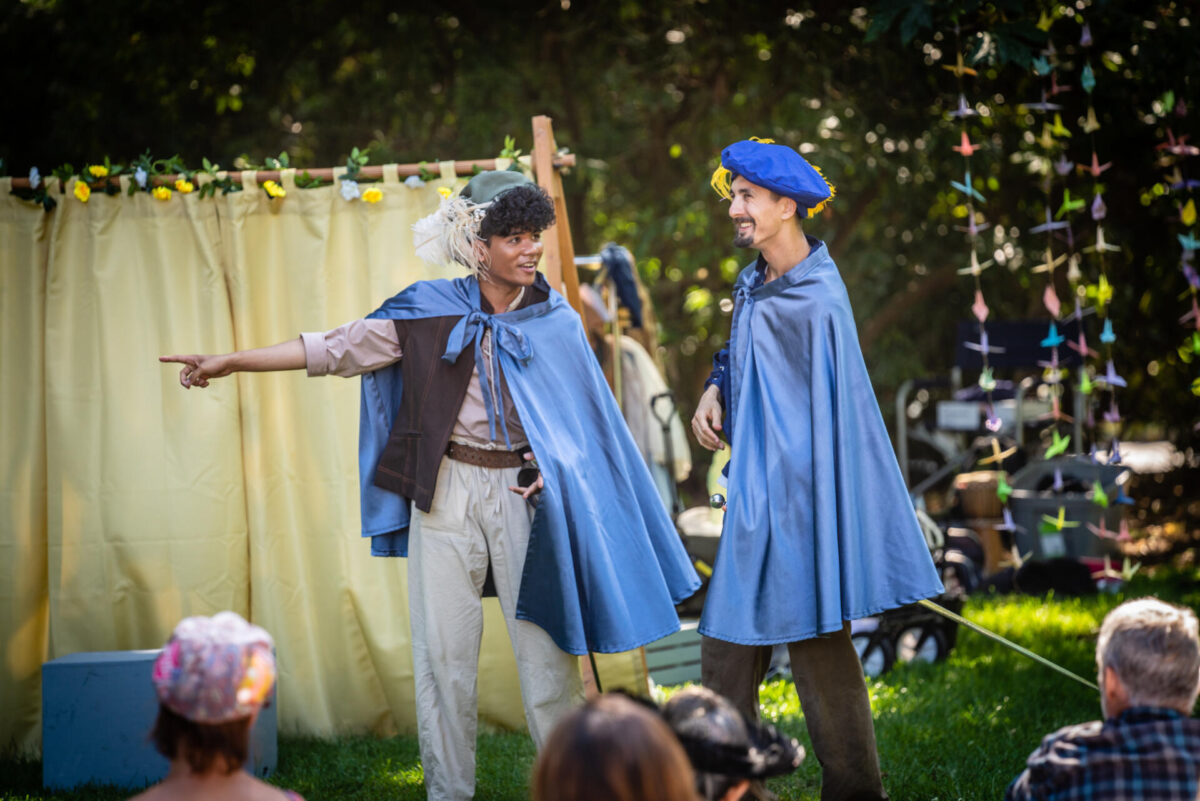 Love is the victim when lies are the weapon. Young and innocent, Claudio and Hero’s love is put to the test when the wicked Don John stirs up trouble by convincing Claudio that Hero has been unfaithful. When her innocent cousin is slandered, Beatrice leaps to Hero’s defense and enlists the aid of Benedick, her rival in wit and a friend to Claudio. Loyalties are tested in this comedy of love, betrayal, and redemption. 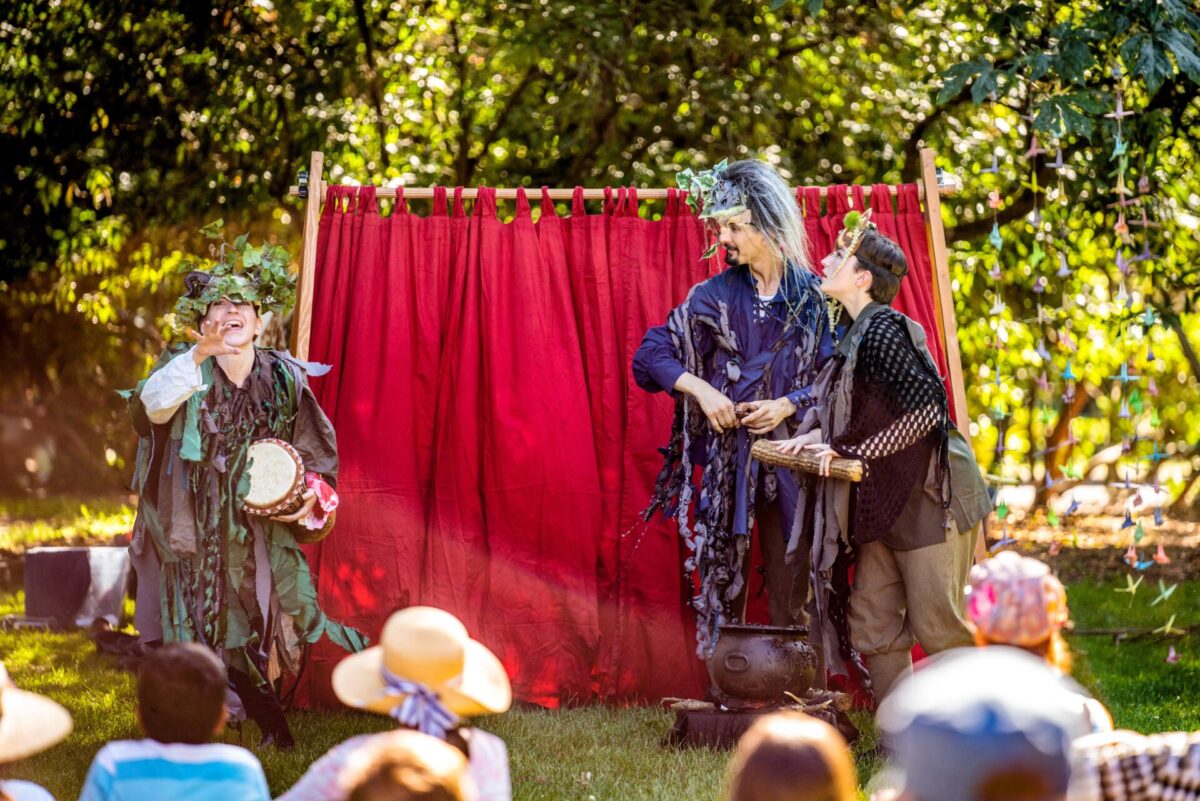 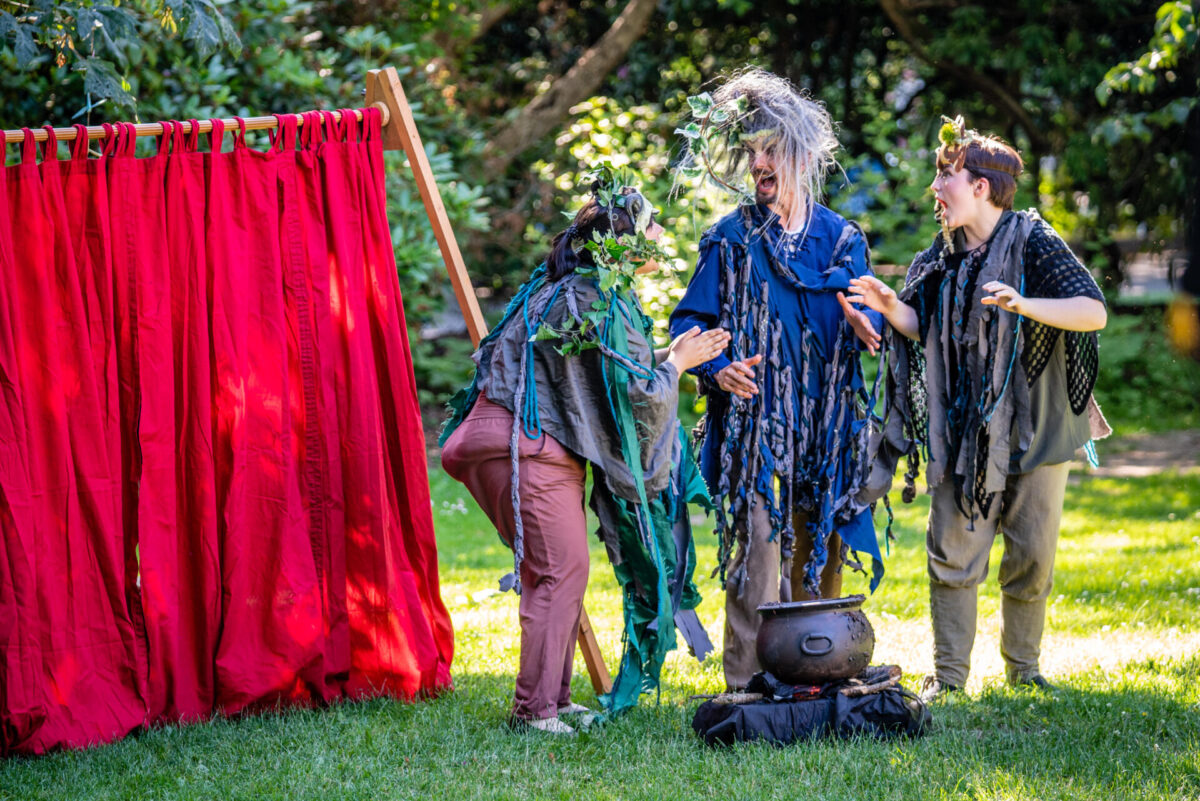 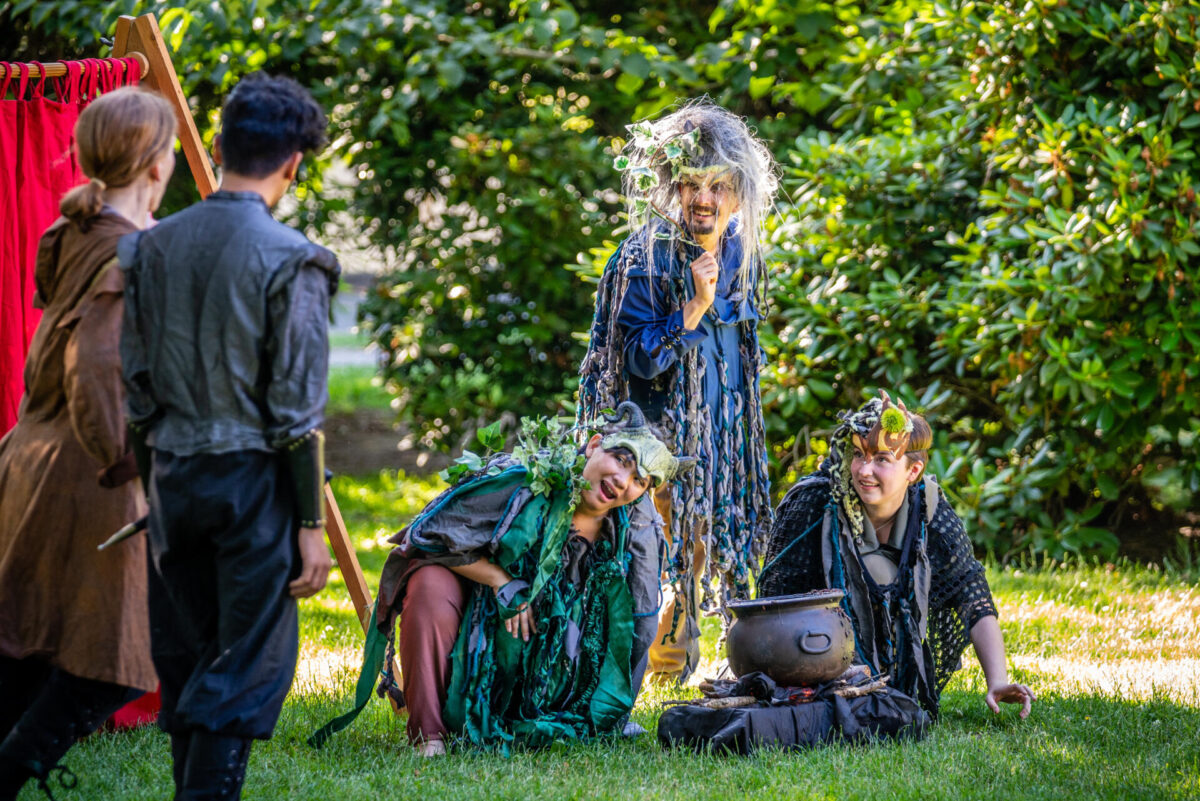 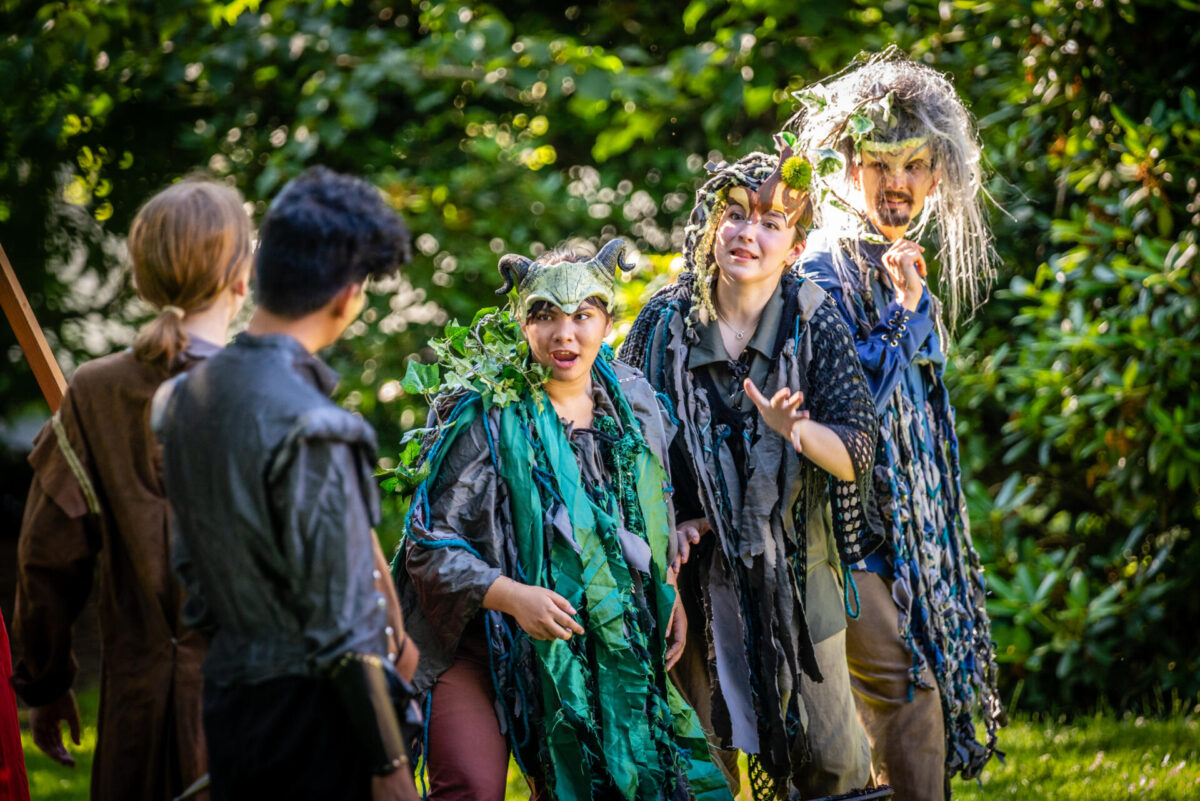 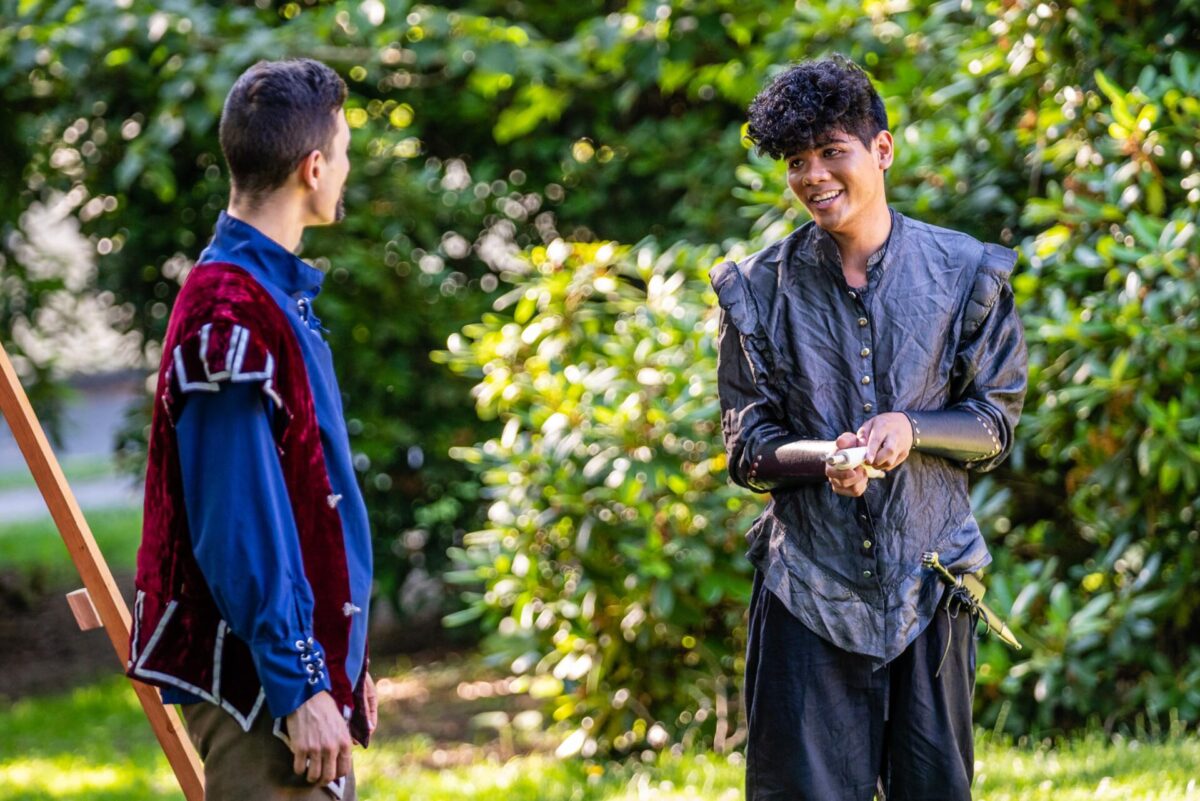 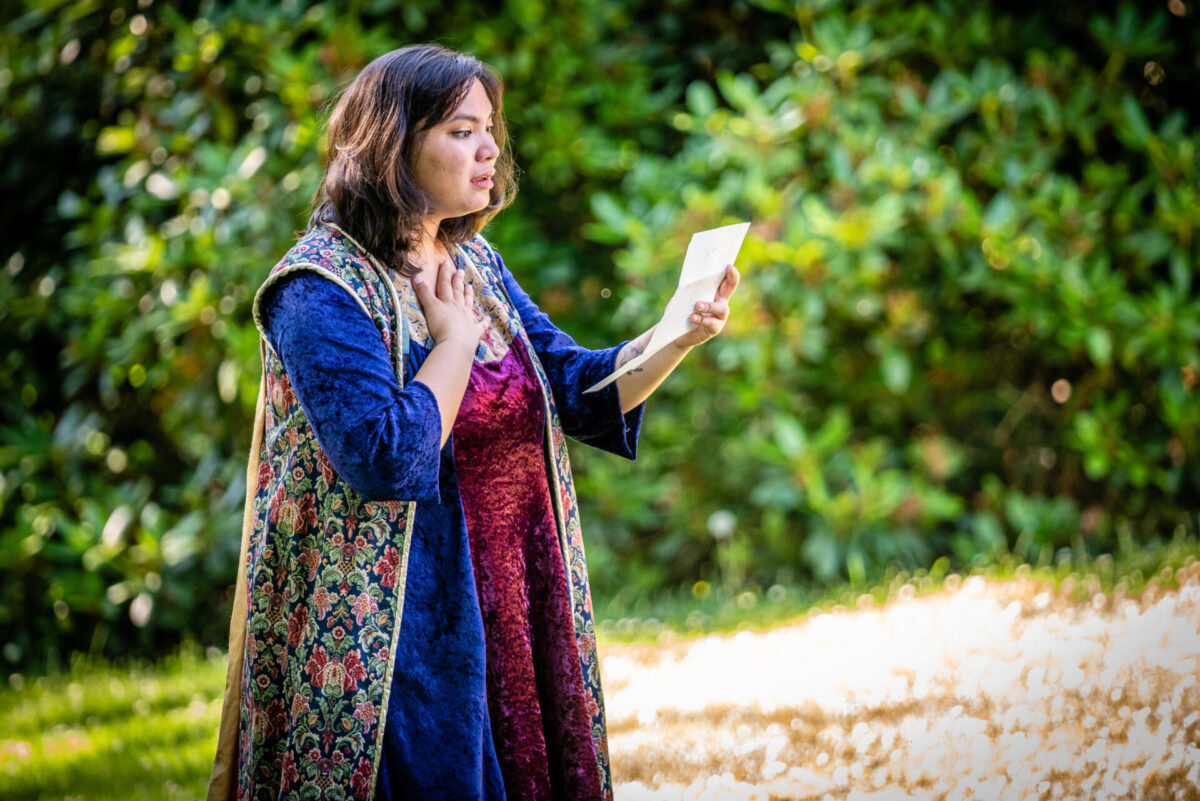 Witches and thanes and kings, oh my! Prophecy leads Macbeth, the thane of Glamis, down a slope slippery with royal blood. But prophecy comes with a price far higher than he anticipates. Macbeth and his Lady must face down visions, ghosts, and madness in their quest for power. Beware the wood that walks and the man not born of woman when you seek a throne through blood. 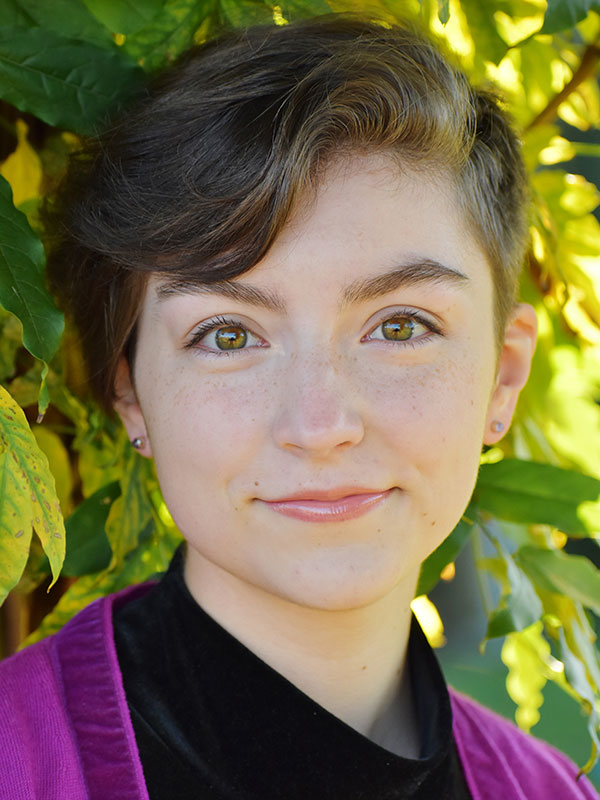 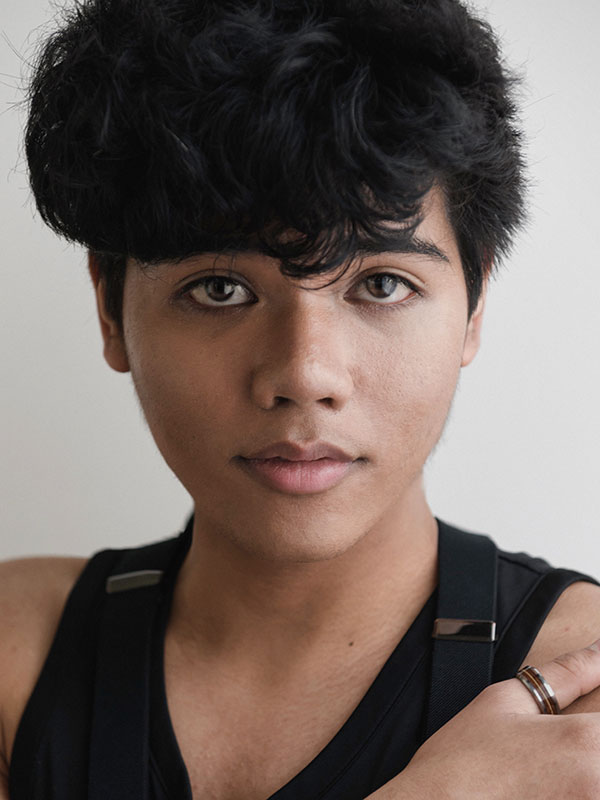 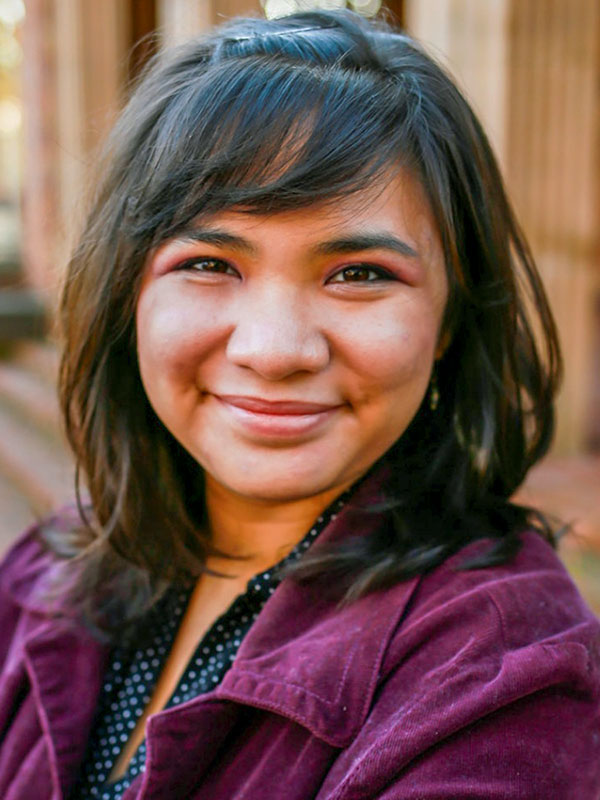 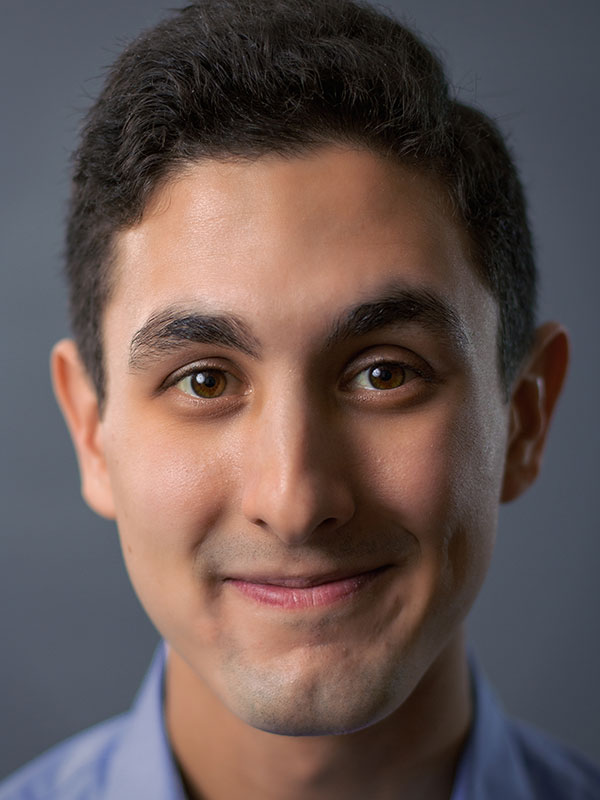 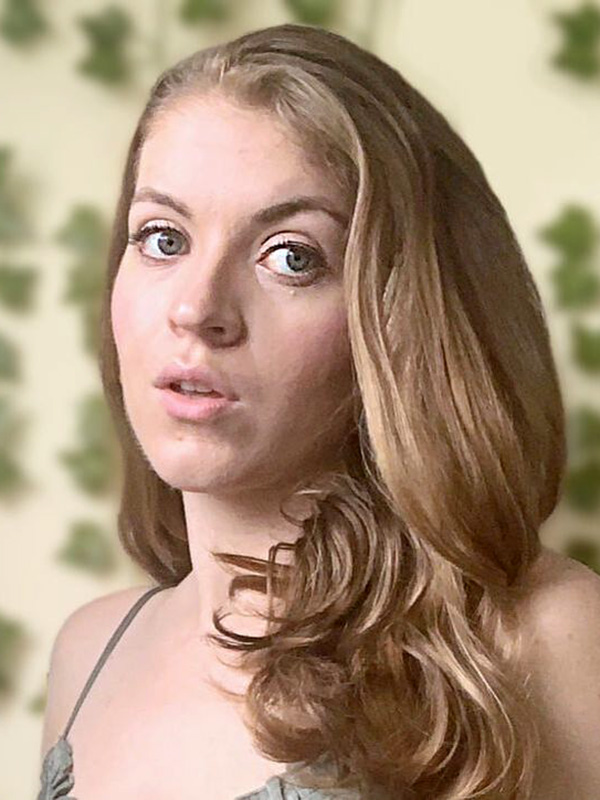 Much Ado About Nothing – Performance Schedule