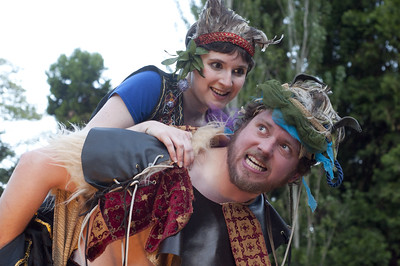 Though we’re still in the middle of winter, here at GreenStage we’re preparing for summer. To keep you warm with dreams of sunshine, picnics and Shakespeare we are pleased to announce our 2020 FREE Shakespeare in the Park season: A Midsummer Night’s Dream, Henry V and our Backyard Bard offerings Twelfth Night and The Tempest. Performances begin July 10 and run through August 15. Directed by GreenStage veterans Vince Brady, Taylor Davis and Ken Holmes.

Out of the Storm

Each of our plays this season feature characters braving the storm. Some metaphorical like the four lovers in A Midsummer Night’s Dream lost in the woods under the spell of fairy magic; or King Henry V and his band of brothers, outnumbered with the enemy all around them. Some literal like Viola in Twelfth Night who lost her twin brother at sea, alone in an unfamiliar city searching for him; or Prospero in The Tempest who creates one to seek revenge on the very people who banished him to a secluded island. But in each play our heroes dig deep, gather their resolve and through love, friendship, camaraderie and forgiveness help each other find their way out of the storm.